This type of pig can be 50%, 75% or 100% pure Iberian pig breed. They roam free in the Guijuelo mountains and they are fed with acorns as soon as they stop being milk-fed. Due to the cost of maintenance of these pigs, farmers tend to work with 75% and 100% pure breeds to guarantee the best quality of meat. These are the reasons why the meat produced from acorn fed Iberian pigs has more intense and richer flavours.

The white grapes from which white wine is mainly produced are green or yellow of which there are many so that white wine can be produced anywhere that grapes can be grown. Some varieties are well-known such as the Chardonnay, Sauvignon, and Riesling. Others have a discrete existence hidden behind the name of a wine resulting from the assembly of several varieties. Tokay, Sherry, and Sauternes are examples of these. The winemaker can also use a variety with a coloured skin provided one is careful not to stain the wort during the separation of the pulp-juice. The Pinot noir, for example, is commonly used to produce champagne.

There are no reviews yet. 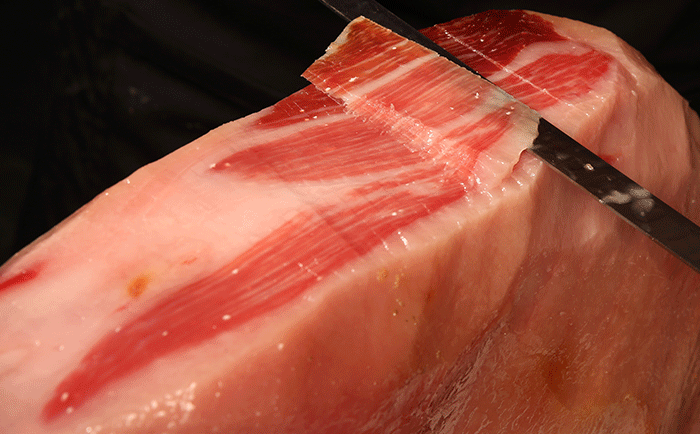